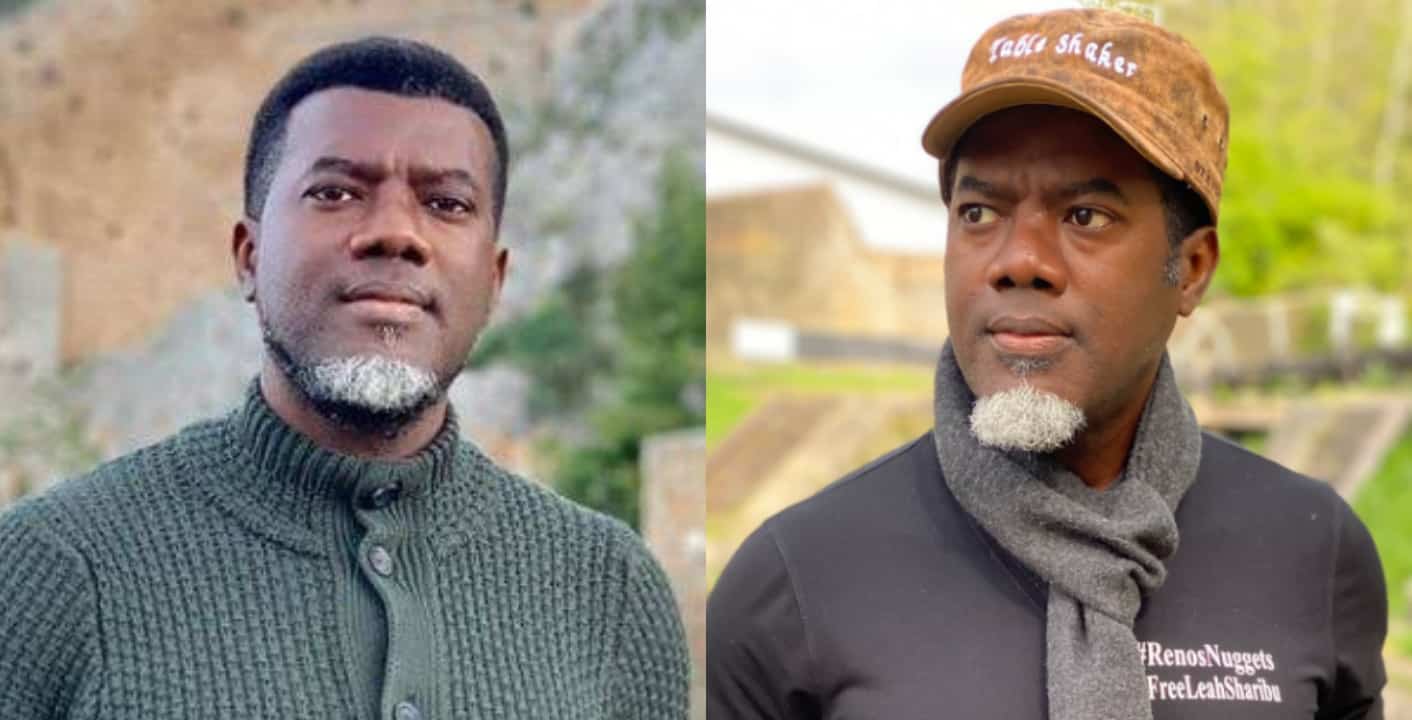 The Amazon best selling author made this known on Twitter in a post he shared today, May 23, 2020.

It is no doubt that dating old and married men, sugar daddies, has become a trend in today’s society among young ladies.

According to the author who advised young ladies against dating sugar daddies, he revealed that sugar daddies give them money so they can easily destroy their destinies.

To gun home his point and earn his mark, Reno used the relationship that exists between a goat and the owner to make himself better understood.

Using the above illustration, he schooled young girls saying; “A man who feeds a goat is not doing so because he loves the goat. He does it because he wants the goat to be fat enough to eat.” 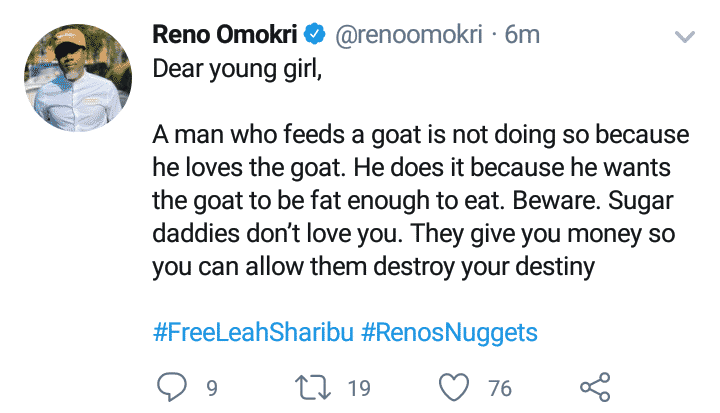 One more succumbs to covid-19 in Telangana, 15 more test positive