A Twitter user has cried out on the platform as her 13-year-old brother and his classmates who were arrested nearly two months ago have still not regained their freedom. 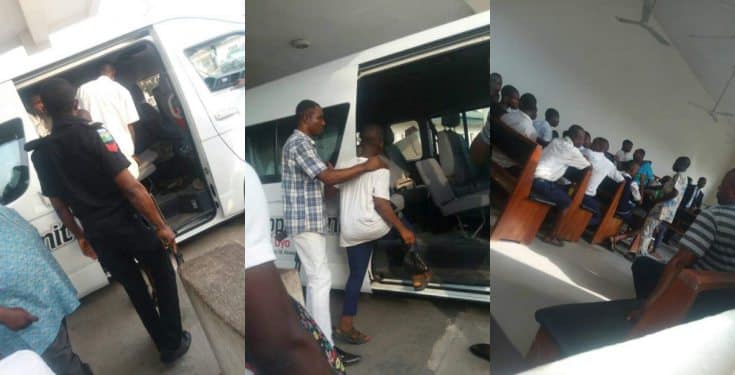 Latifah said her brother, a student of Government Technical College, Ewet, in Uyo, Akwa Ibom State, was arrested alongside other classmates on February 19.

She said there was a fight at their school and police were called. When they arrived, they “raided” students and took them into custody.

She wrote: “Hello twitter I need you all help.. My 13 year old brother has been in custody with some of his school mate since 19feb. Because there was a fight in their school and students we’re raided. Please help me RT this THREAD to authorities.” 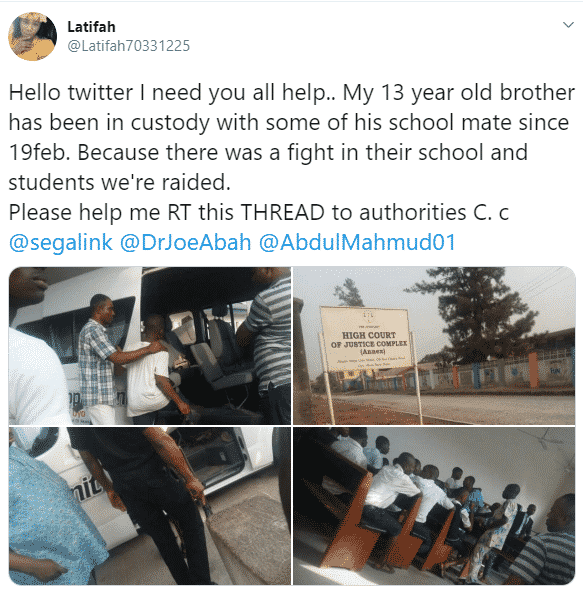 Photos shared by Latifah shows the young boys being ushered into a bus by police. 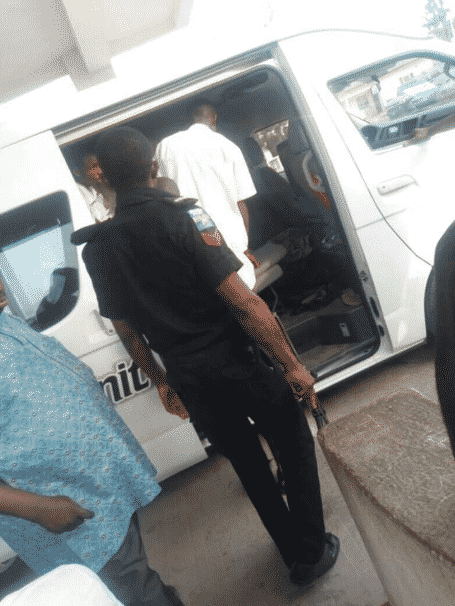 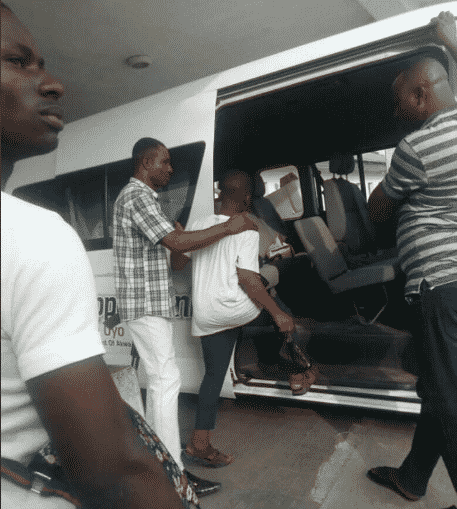 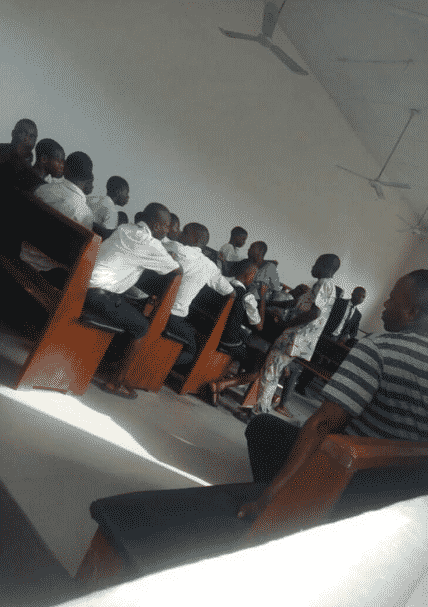 On February 20, 2020, it was announced that the Akwa Ibom Government has shut down Ewet Government Technical College in Uyo metropolis indefinitely over students unrest and suspected cases of cultism.

In a release signed on Feb 20 by the state Commissioner for Education, Prof. Nse Essien, it was revealed that the government announced that the closure takes an immediate effect.

Essien expressed the displeasure of government on the attitude of students of Ewet Technical College, who he said have for a long while been noted for unruly behaviours.

He said the students of the college on Wednesday afternoon Feb.19 engaged in unruly behaviours, destroying school property and causing injuries to police officers and staff of the college.

One month and three weeks after the arrest, Latifah tweeted to inform the public that students of the school who were arrested after the unrest have still not regained their freedom. 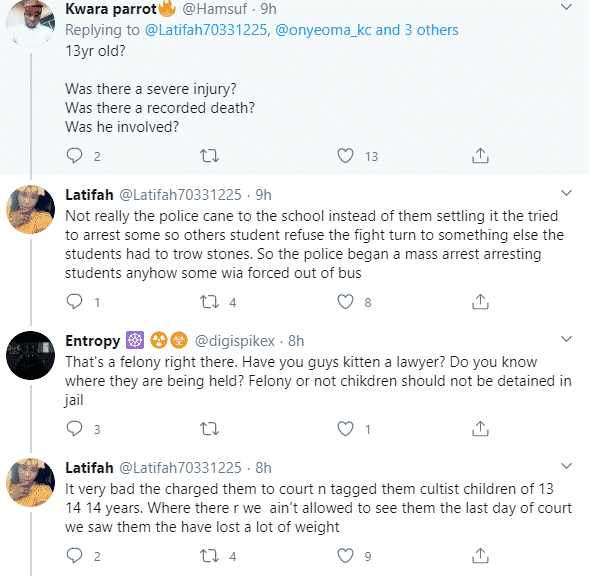 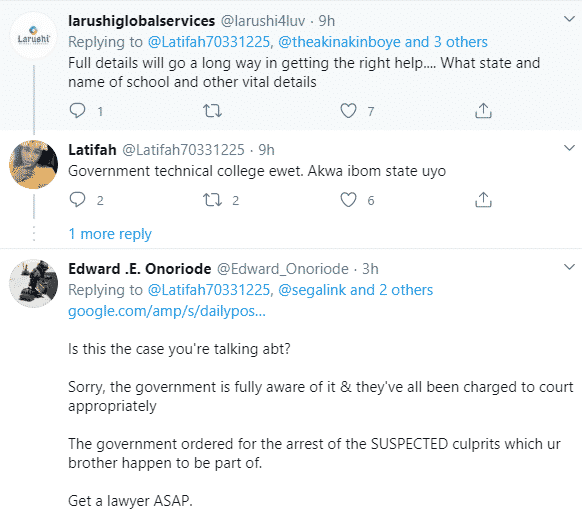 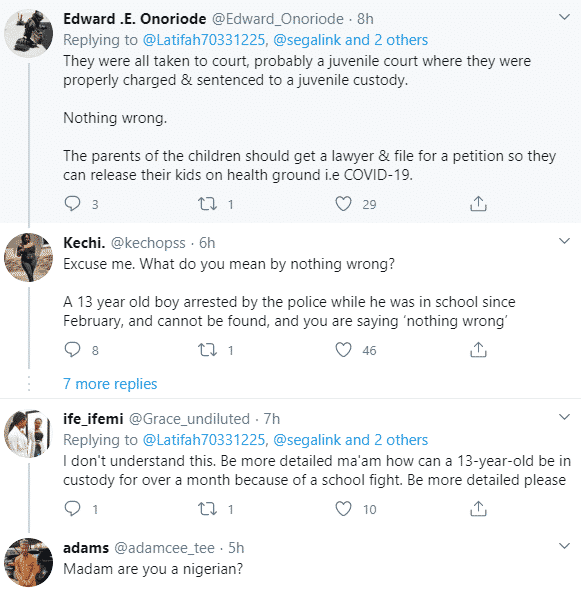 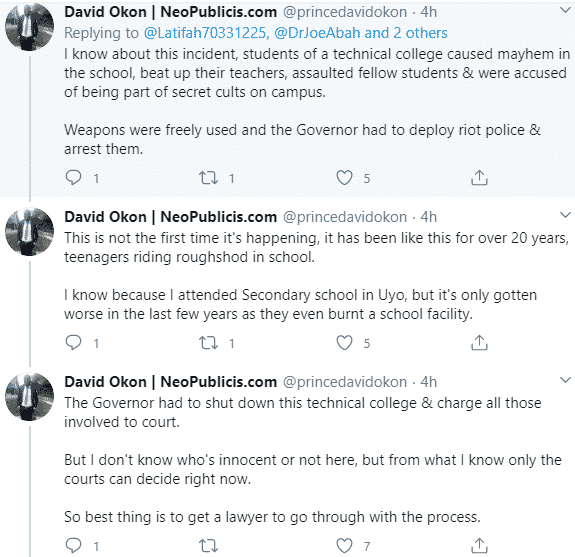