Man dies after self-medicating with chloroquine phosphate to treat coronavirus


A Phoenix-area man is dead and his wife is under critical care after the two took chloroquine phosphate – an additive used to clean fish tanks – in an attempt to self-medicate for the coronavirus. 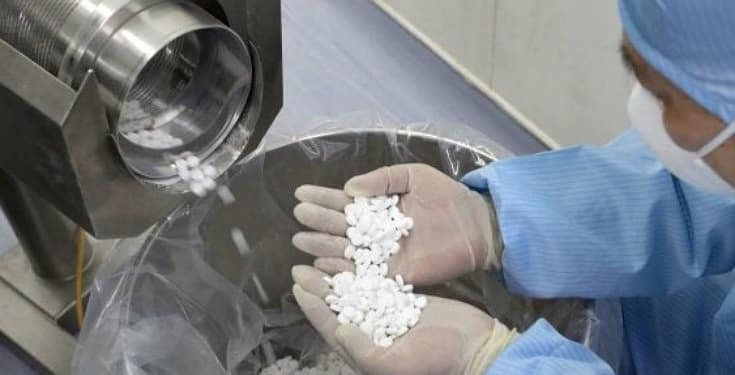 Within 30 minutes of taking chloroquine phosphate, the man in his 60s experienced “immediate effects” and had to be admitted to a nearby Banner Health hospital, the medical system in Arizona said in a press release Monday.

His wife, also in her 60s, is in critical condition after taking the additive, which is used in aquariums to kill some organisms, like algae, that may harm fish.

Chloroquine has been touted by President Donald Trump as a possible treatment for Covid-19, but it’s also “an additive commonly used at aquariums to clean fish tanks,” Banner Health said in a statement. Chloroquine is approved by the Food and Drug Administration for treating malaria, lupus and rheumatoid arthritis. But the FDA has not approved it to treat the coronavirus.

The man’s wife told NBC News she’d watched press briefings where Trump talked about the potential benefits of chloroquine — and she recalled the name from the treatment she used on her koi fish.

“I saw it sitting on the back shelf and thought, “Hey, isn’t that the stuff they’re talking about on TV?,”” she told the outlet on the condition of anonymity.

“The couple mixed a small amount of their fish treatment with a liquid and drank it as a way to prevent the coronavirus”, she said.

Rihanna and Beyonce speak out on the death of George Floyd

Coronavirus cases in Haryana rise to 16, India tally at 519

Premier League to meet again to discuss next steps

Premier League to meet again to discuss next steps

Inquiry after family in Mullingar given wrong body