A suspected member of a kidnap gang who abducted Rev. Fr. Cyriacus Onunkwo and subsequently killed him in 2017 has been arrested by the Imo state police command. 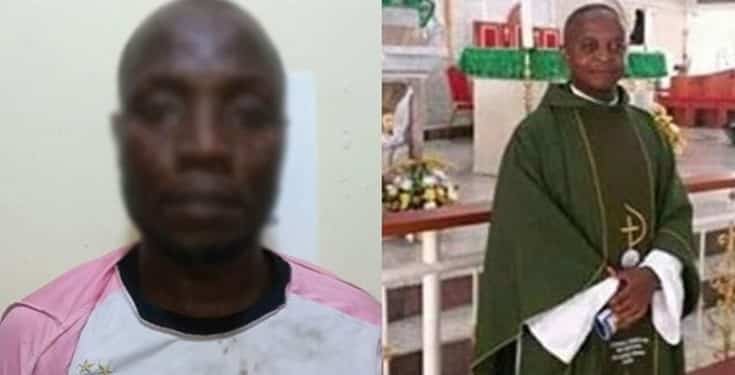 The suspect identified as Charles Nnanna was said to have fled to Indonesia after committing the crime.

However, his fun was cut short on February 16 as he was nabbed at Aji in Oru East local government area of Imo state by operatives of the state police command’s Special Anti-Robbery Squad (SARS).

Nnanna was having the time of his life at his traditional wedding ceremony to the love of his life when SARS operatives picked him up, The Nation reports.

According to the report, the suspect was the one who led the gang that kidnapped and later murdered Rev Father Onunkwo on the evening of September 1, 2017.

The suspect was arrested by the operatives the Special Anti-Robbery Squad (SARS) during his traditional wedding ceremony. Source: Depositphotos

All the suspects were rounded up after investigation except Nnanna who fled to Indonesia, according to Daily Sun report.

The police spokesman SP Orlando Ikeokwu who confirmed the arrest said the suspect has confessed to the crime as well as his role in the operation.

I’m worth more than a childish test

Tell your soldiers to stop beating Nigerians, we are watching you – American woman tells Buhari (Video)