Lesbos, Greece – Following protests staged this month both by Lesbos residents and migrants against conditions at the infamous Moria refugee camp, NGOs on the Greek island are suffering increased hostility from local groups.

Accounts reported to Al Jazeera by aid workers include harassment, intimidation and in some cases violence. The incidents are indicative of escalating tensions on the island where locals, asylum seekers and NGO workers despair for the future.

Aid workers fear for their safety, but express more concern for camp overcrowding that grows more severe by the day.

More than 18,300 asylum seekers currently live in and around Moria camp, a facility built to accommodate 2,200, according to the UNHCR. Tents and ad hoc structures are stacked close by on the hillsides, forming a makeshift city whose population is now the second largest on the island, after the capital Mytilini.

To the east of the camp on the next hill hillside, Moria village is clearly visible through a tangle of tent ropes. Since the protests, locals have established roadblocks on the village peripheries, stopping cars and demanding to see identification of those they suspect to be humanitarian workers.

Ida Eri Sorbye is the coordinator for Drop in the Ocean, an NGO that until recently operated two community centres in Moria village. Last Monday evening, during the week’s spate of migrant protests, Sorbye heard shouting outside the centre and witnessed an altercation between protesting migrants, riot police and locals. She switched off the lights and waited for the situation to de-escalate.

“We got a lot of phone calls from our friends in the village saying we should get out and not come back,” said Sorbye. Drop in the Ocean has since closed both community centres.

Sorbye returned to the centre on Wednesday to pick up some equipment, when she saw villagers building a bonfire. Locals spotted her taking a photo and began shouting and following her. Despite these incidents, Sorbye has empathy for the villagers, who she says are tense and afraid.

But she worries about the coming months: “It just takes a little spark for things to blow up. On both sides. The migrants are losing, the locals are losing. We’re all losing.”

Tasos Balis, adviser to the mayor of Mytilini, denied any hostility towards NGOs – but confirmed there were tensions.

“After all we’ve been through, there is still a lot of patience given the circumstances,” he said. He stressed that municipal officials were powerless to change government policies, and that Athens had ignored the needs of Lesbos locals. “We are trying our best,” he said. “But we are standing alone.”

NGOs on Greece’s Aegean islands have been invaluable to the reception and management of the thousands of asylum seekers that arrive monthly from the Middle East and North Africa via Turkey. No fewer than 425 NGOs are currently active in Greece, filling institutional gaps left by authorities who are unable to meet the needs of the country’s growing migrant population.

Despite their vital role, elements of Greek society have long shown mistrust, particularly of foreign NGOs. Humanitarian bodies such as Doctor’s Without Borders (known by its French initials, MSF) are concerned about a resurgent narrative that NGOs are a pull factor for refugees.

“Pockets [of the local community] are tired and frustrated and getting manipulated by the general rhetoric,” says project coordinator Marco Sandrone. “It’s a dangerous moment, and we are feeling it in Lesbos.”

Sandrone tells Al Jazeera that, last Saturday, MSF employees were stopped at a roadblock outside Moria village. A crowd of people started to harass them, and hit the car. He is unequivocal in his assertion that the aggressors are only a small group, and by no means represent the Lesbos community as a whole. 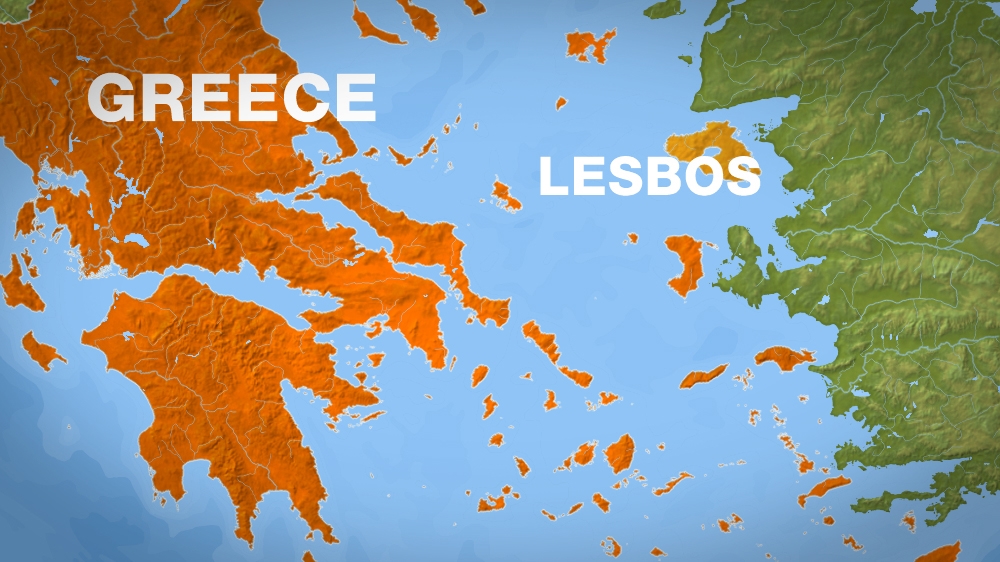 The latest incidents come at a time of increased government scrutiny of NGO operations in the country.

Last week, the Greek parliament voted to establish an online registry of aid organisations, aiming to better track their activities.

Speaking in Parliament, government spokesperson Stelios Petsas said that state checks would be more thorough, and no aid worker would work without certification. Deputy migration minister Giorgos Komoutsakos accused some NGOs of abusing the migration crisis to tap EU funding, calling them “bloodsuckers” that “set up over night”.

Local reports echo these sentiments, in which Lesbos residents have variously alleged that NGO workers guide boats from Turkey to shore, aid and abet smugglers, misuse funds and incite migrants to protest.

“Since 2015, the NGOs and volunteers have played a vital role in the response,” she says. “But of course it’s important that all of them are known to the government.”

At the island’s smaller, UNHCR-run, Kara Tepe camp for vulnerable individuals, children play happily in the sun. After four years on the island, aid worker Thanos says the latest hostilities are unprecedented. And he believes the government’s stance is contributing.

Thanos is one of a few aid workers Al Jazeera spoke to who declined to identify themselves and their organisations for fear of further targeting.

Thanos has suffered regular verbal harassment. Locals see his van and accuse him of earning a huge salary and participating in smuggling. He reports frequent accusations that NGOs are a pull factor for asylum seekers. “They think that if NGOs leave, the refugees will follow,” he says.

While locals have shown extraordinary solidarity and patience with the situation to date, he fears their patience is running out.

“Rage is winning. The locals are forgetting the good things we have done in the community. They are focusing on the bad – as people do.”

NGOs fear that, despite a huge amount of remaining goodwill from locals, the untenable situation on the islands means further rifts are inevitable. New migration and asylum policies introduced by the conservative New Democracy government have placed further strain on an already precarious situation.

The government hopes to resolve the overcrowding by speeding up asylum procedures and increasing deportations back to Turkey. However, there is a backlog of nearly 70,000 unprocessed asylum applications in Greece, and, since 2015, fewer than 2,000 people have been deported back to Turkey.

Andrew Foley is director of Better Days, a Swiss-Greek group that provides services for unaccompanied and separated children. He says that, despite the rifts, NGOs, migrants and locals ultimately want the same thing – to clear the hellish Moria camp.

Like many aid workers, he has enjoyed largely positive cooperation with the local community. “But that one negative interaction lives long in the memory and trumps the hundred kindnesses I’m afforded,” he says, sadly.

In the four years he has worked on Lesbos, hostility from locals has come in peaks and troughs, he says: “The worry is that the next peak is going to be higher than the one we’ve just seen.”

Valentine's Day: I Am Single And Searching-newsng.org

Cooler weather in north, cloud and possible rain in south