By Tim Stickings For Mailonline

This footage shows an Israeli drone defense system shooting a series of moving targets out of the sky with a Star Wars-like laser beam.

Manufacturers of the Drone Dome C-UAS hailed the system a ‘100 per cent success’ after it brought down drones that were zig-zagging sharply during tests.

The so-called Counter Unmanned Aircraft System can detect hostile drones from more than two miles away and fire a destructive laser beam ‘within seconds’. 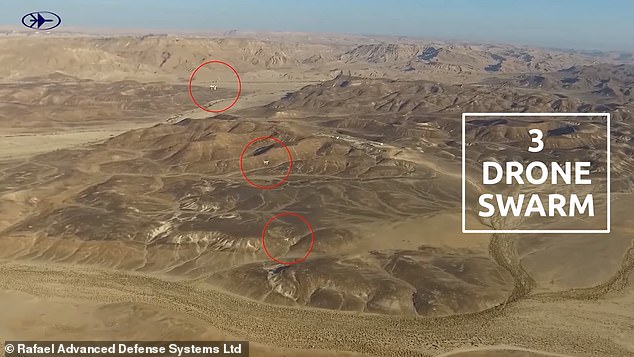 In this video published by defence manufacturer Rafael, three drones (circled) are flying in formation over the desert but are brought down by the Drone Dome’s laser beam 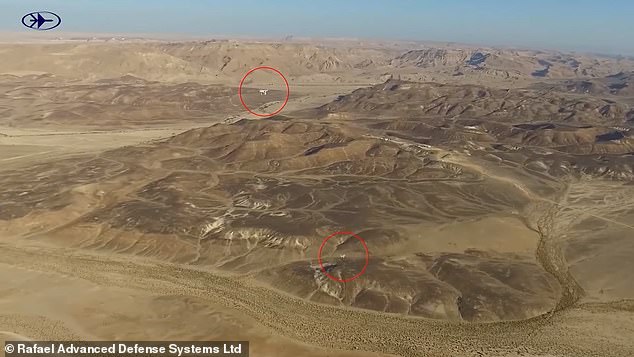 One of the drones falls to the ground (circled), with another one already destroyed, after they were intercepted and downed by the Israeli-made Drone Dome 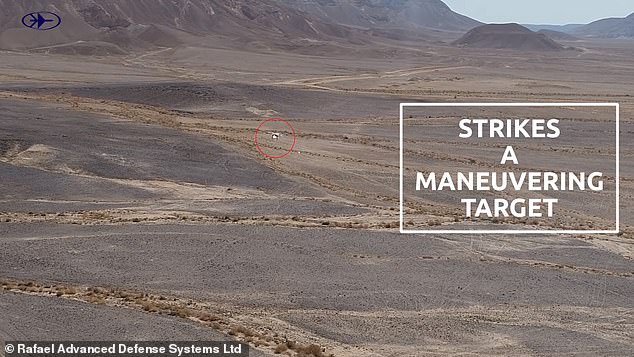 Manufacturers boast that the system can strike manoeuvring targets, including this drone which was zig-zagging sharply over the desert but was hit by the Drone Dome

The footage published by Rafael, the defense manufacturer which is based in Haifa, showed drones falling out of the sky after they were intercepted by the Drone Dome.

One target drone was hit and destroyed despite veering sharply from left to right as it flew over the desert.

In another test, a swarm of three drones was flying in formation but all three aircraft were brought down by the laser beam.

‘The system achieved 100 per cent success in all test scenarios,’ the manufacturers declared.

Rafael hailed the system as an ‘innovative end-to-end solution’ which can provide ‘border and critical military and civilian site protection’.

A brochure for the Drone Dome says it can detect targets as small as 0.02 square feet at a distance of more than two miles.

Manufacturers boast that it can identify hostile drones and provide an exact position, allowing the laser beam to shoot them down.

Rafael also hailed the ‘operational mobile system’ which can be deployed on the back of a truck.

The system can also jam drones from a distance, blocking commands from whoever is controlling the drone.

It can also prevent the drone from relaying video footage back to its owner. 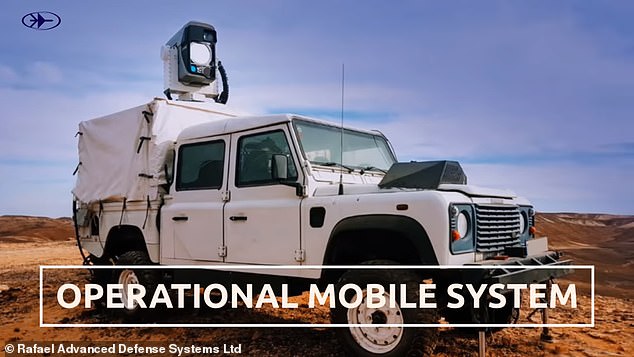 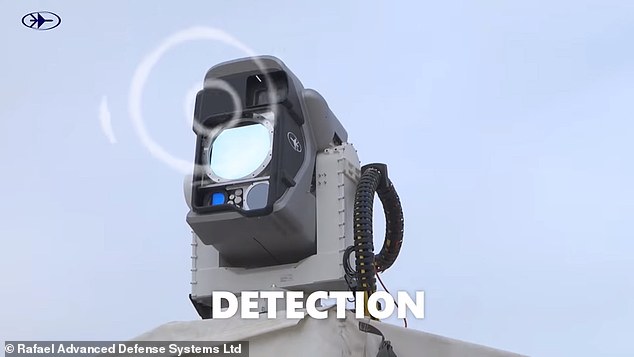 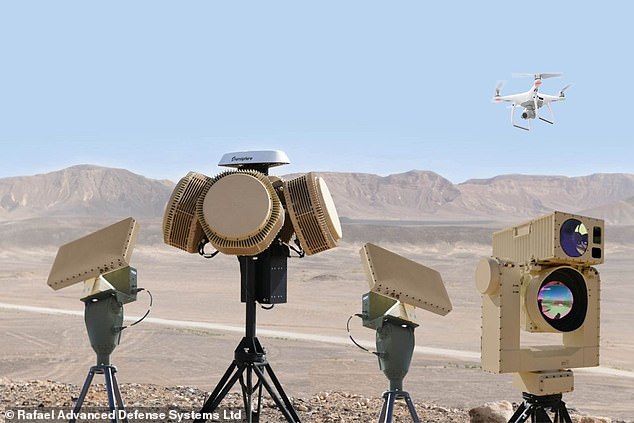 The defense technology company Rafael, which created the system, is reporting ‘100 percent success in all test scenarios’

The Drone Dome was ordered by the UK’s Ministry of Defence at the height of the Gatwick Airport drone crisis in 2018, reports said at the time.

Airports have been on high alert for drones since the Gatwick chaos which ruined Christmas travel plans for more than 100,000 people.

A number of drone sightings forced Britain’s second-busiest airport to shut down for 33 hours.

The chaos continued despite a huge police operation and the Army was eventually called to bring the incident under control.

No culprit has been identified, prompting speculation that the drones had been mistaken for police equipment. 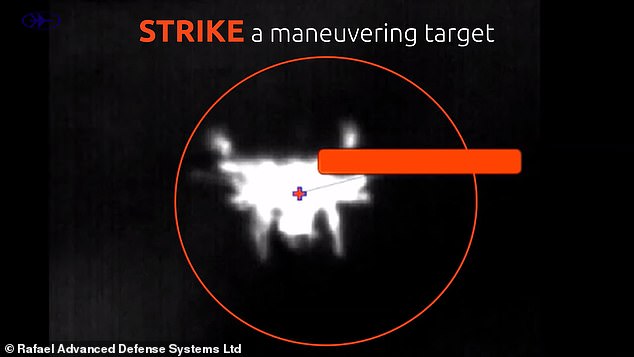 A recent video shows the system engaging the targets, including zigzagging drones 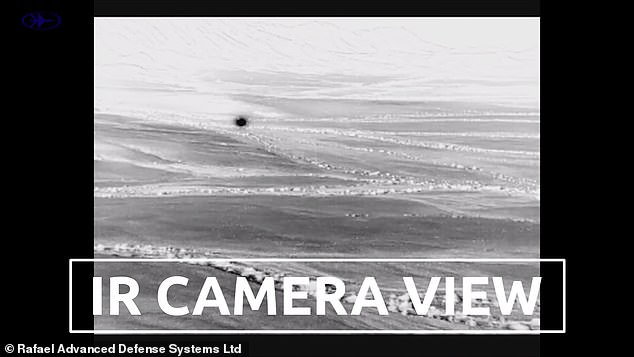 Drone Dome can detect objects as small as 0.021 square feet at a distance of 2.1 miles

"I will never talk sh*t to my wife again"

"I will never talk sh*t to my wife again"