Long time all-round media personality with more than 30 years of experience, Olisa Adibua, radio and TV host, producer, and programmes director is finally moving on from Beat FM. Olisa who was a pioneer member of Beat FM when it was launched by Chris Ubosi in 2009, came on board as Programmes Director and morning show host and was with the Beat FM team for 10 years.

Adibua upon his return to Nigeria from England joined Nigeria Television Authority (NTA) in 1988 where he was for 10 years. During his time at NTA, he also enjoyed some screen time, with roles in a couple of movies at the time Haunted, Ripples and Onome.

Olisa worked as presenter, producer and director with NTA, developing such shows like, ‘Top of the Pops’ and ‘Super Sounds’ during his time there. Olisa left the TV screen for radio in 1998, joining Cool FM as host of the evening Top 10 Countdown, as well as the afternoon drive time show. Olisa was a part of the Cool FM team from 1998-2008.

He returned to TV in 2006, hosting the first-ever Big Brother Nigeria (now Big Brother Naija) show, as well as co-hosting Glo Naija Sings, (previously Naija Sings). Olisa has gone on to host several shows since then including Buka and Joints, an adventure across Nigeria, documenting its diverse culinary culture. 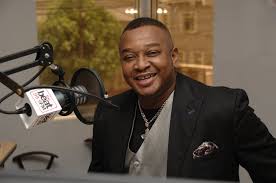 In 2009, Olisa shifted camp again, this time to Beat FM, joining as Programmes Director as well as the host of the Morning Show. In that space of time, Beat FM grew to become one of the most powerful stations in Lagos, Nigeria, also increasing Olisa’s status and influence.

In an exclusive phone conversation with Nigerian Entertainment Today, speaking on his exit from Beat FM, a tight-lipped Olisa reveals, ‘there’s nothing official yet. I am still part of the family and I’m helping them to transit…’

He is the co-founder of Storm Records with his former partner Obi Asika, and a number of other enterprises. In 2014, Olisa launched his Youtube Channel – TheTruth with Olisa, where he has interviewed several stars and artists and has dug deep into their personal stories.

With several years of experience garnered, Olisa has built an influence for himself in the Nigerian entertainment industry. He was instrumental to the setting up of MTV Base in Nigeria, a move which was made possible by Alex Okosi in 2005.

A radio host is only one of the numerous things that Olisa Adibua is, and leaving Beat FM, will definitely not mean an exit from the Nigerian entertainment industry. There seems to be a project in the works for the famous radio host, sharing a glimpse of his plans with Nigerian Entertainment Today, he says ‘There’s something planned for March, look out for it…’

The media veteran spent about 10 years in NTA at the beginning of his career, another 10 years at Cool FM and the last 10 years with Beat FM, what do the next 10 years hold for Olisa Adibua?

Ⓒ Copyright NET News Ltd. All Rights Reserved. Please use sharing tools. Do not cut, copy or lift any content from this website without our consent.

Swiss machines used to spy on governments for decades

Swiss machines used to spy on governments for decades

Fans Bombard Frodd With Questions About His Relationship With Esther, Venita-newsng.org