The Ogun State Police Command has arrested a man identified as Idowu Sikiru for burning his 5-year-old son’s buttock, mouth and fingers for stealing cooked fish.

Sikiru who committed the said offence at Itowo in Oke Sopen area of Ijebu Igbo, Ogun State was arrested after a member of the public alerted the police. 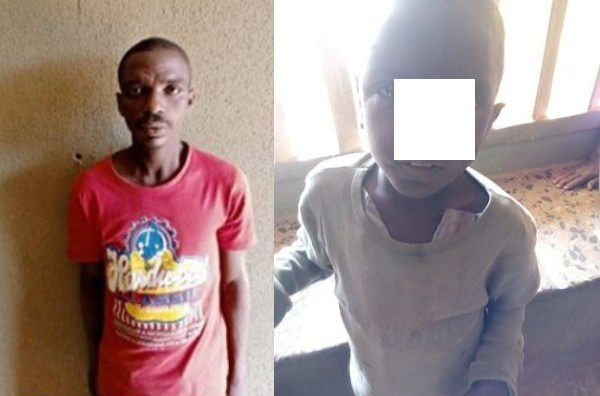 Ogun State’s Police Spokesperson, Abimbola Oyeyemi said the suspect forcefully placed his son Segun on an aluminum plate when it was red hot after accusing him of stealing cooked fish.

The boy has been taken to the hospital for treatment, while his father has been transferred to the anti human trafficking and child labour unit of the state criminal investigation and intelligence department. Sikiru will be be prosecuted after the investigation has been concluded.

If you ask my girlfriend out, I’ll allow you take care of her, you can only keep a woman who wants to be kept – Man writes